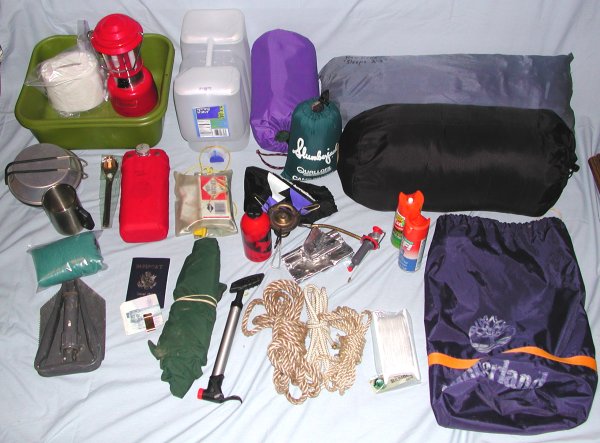 A longer term adventure essentials list for your use…

Prescription medicines and copies of prescriptions (including for eyeglasses)

Malaria pills, such as Mefloquine, taken once a week, one week prior to trip, during the trip and then for four weeks after returning, Vitamin supplements

Antibiotics for traveler’s diarrhea, such as Immodium AD and , Cypro (not to be taken preventatively), Pepto-Bismol (preventative), and rehydration solutions to replace lost fluids and salts Motion sickness medicine, such as Dramamine

Quick drying clothes (like those made of CoolMax) will make it much easier if you are caught in a rain storm or in a hot, sweaty climate.  Find the most durable and comfortable clothing.

Warm-weather gear: Shorts and Tshirts for active wear and lounging

Socks, both thin and thick

Passport and copies of the inside (kept in a separate place)

One or two reading books

Travel alarm or watch with alarm

This site uses Akismet to reduce spam. Learn how your comment data is processed.